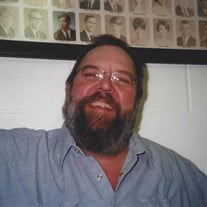 William Franklin Tolbert, Sr., 54, of rural Louisiana died Tuesday, October 25, 2016 at his home with his family by his side. Funeral services will be held at 2:00 p.m. Friday, October 28, 2016 at the Collier Funeral Home in Louisiana, Missouri. The Rev. Terry Cook will officiate. Visitation will be held from 4 to 8 p.m. Thursday, October 27th at the funeral home. Burial will be in the Jordan-Buffalo Cemetery near Louisiana. He was born to William Kenneth and Ernetta Bernice Harding Tolbert on November 21, 1961 in Louisiana, Missouri. Willie is the beloved husband of 35 years to Cindy Marie Triplett Tolbert uniting in marriage June 4, 1981. He left behind his wife Cindy of the home, two beloved sons; William Tolbert, Jr. and Ryan Matthew Tolbert both of Louisiana, Missouri, his cherished grandchildren; William “Will” Tolbert III, Cheyenne Tolbert, Matty Tolbert, and Hunter Tolbert. Plus his loving brothers; Randall Tolbert of Elsberry, MO and Larry Tolbert of Louisiana, MO and aunts, uncles, nieces and nephews. Willie was preceded in death by his parents, one brother, Nathan Tolbert, one nephew, Jarrod Tolbert and one niece, Rhonda Tolbert. Willie worked several years as a mechanic for Billy Ray Smith and Gilbert Elliott, Jr., also as a tree trimmer for Townsend Tree Service. He was later employed 24 years as a mechanic and a State Vehicle Inspector for Dick Gladney of Gladney Motors. He was so proud of his work and helping out their customers. He enjoyed Hunting and Fishing and spending a lot of time with his family and friends. Willie was dearly loved and will be so sadly missed by everyone who knew him. Including his special cat, Tansy. Honorary pallbearers are; Slugger Davis, Ron Richards, Allen Betts, Kevin Early, Larry Tolbert and Darrell Malcom. Active pallbearers are; Ryan Tolbert, William Tolbert, Jr., Will Tolbert, Richard Gladney, William Powell and Kasey Roberts. Memorials may be given to the American Cancer Society in care of Collier Funeral Homes, Inc., 117 Barnard Dr., Louisiana, MO 63353.

William Franklin Tolbert, Sr., 54, of rural Louisiana died Tuesday, October 25, 2016 at his home with his family by his side. Funeral services will be held at 2:00 p.m. Friday, October 28, 2016 at the Collier Funeral Home in Louisiana, Missouri.... View Obituary & Service Information

The family of William "Willie" Tolbert created this Life Tributes page to make it easy to share your memories.

Send flowers to the Tolbert family.