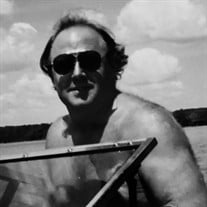 William Russell (Rusty) Black unexpectedly passed away in his home on September 26, 2020 in Clarksville, MO. Rusty was born on September 30, 1946 in Louisiana, MO to Bill and Mary Jane (Word) Black who preceded him in death. He married Linda Rose Seward on June 24, 1967 at Mary Queen of Peace Catholic Church in Clarksville where they both attended mass. They recently celebrated 53 years of marriage. Rusty is survived by his wife Linda and 3 children: Billy (Tatiana) of Austin, TX; Shari (Joe Grote) of Eolia, MO; and Whitney MD (Alec Denes MD) of Portland, OR. He is also survived by 10 grandchildren: Alek (Autumn) of Liberty MO; Zakk, Cash and Kain Eivins of Eolia, MO; Brody and Baron Black, Clara and Julia Provenzi of Austin, TX; and Theo and Blake Denes of Portland, OR. He is also survived by his sister Dr. Mary Dell Black of Foley, AL. Rusty grew up in Clarksville, MO and graduated from Clopton High School in the Class of 1964. He attended college at William Jewell College in Liberty, MO and joined the Marines during the Vietnam War. Except for a few years living in the St. Louis area, Rusty lived most of his life in Clarksville. He was a Boilermaker and welder out of Local 27 in St. Louis, MO. He enjoyed boating, hunting, fishing, old westerns, and projects at his shop. He was an avid sports fan - cheering on the Cardinals, Blues and most importantly his own children. He will be remembered by friends and family as generous, loyal, and unwavering in his beliefs. He was a straightforward yet complicated soul - as a good friend described him, "He is just good." He will always be loved by those who knew him. A private graveside service was held on Friday, October 2nd at Greenwood Cemetery in Clarksville MO. Father Lou Dorn officiated in the Catholic Burial. Memorial contributions can be made to the Seward Black Scholarship in care of Shari Black, 23399 Pike 9332, Eolia, MO 63344.

William Russell (Rusty) Black unexpectedly passed away in his home on September 26, 2020 in Clarksville, MO. Rusty was born on September 30, 1946 in Louisiana, MO to Bill and Mary Jane (Word) Black who preceded him in death. He married Linda... View Obituary & Service Information

The family of William "Rusty" Russell Black created this Life Tributes page to make it easy to share your memories.

William Russell (Rusty) Black unexpectedly passed away in his...

Send flowers to the Black family.