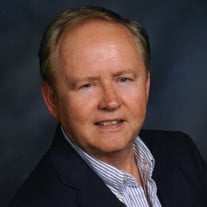 Wayne Maurice Smiley was born October 19, 1939 in Wynne, Arkansas son of Walter Vance and Helen Rose Smiley. The family included two brothers Byron (deceased), Walter and a sister, Sarah. He has one daughter Cindy Hager Wayne was a Master Musician and Organist. He served as church organist from an early age and taught piano, organ. After beginning his school teaching career in Arkansas he moved to St. Louis where he taught instrumental music in Jefferson County R1 school district for 30 years. Arriving in the City he became the Organist for Centenary Methodist Church where in August 1974 he met and married his wife Jo Anne Ashbaugh, a musician and school teacher. Together they served as Ministers of Music at Centenary, at Salem in Ladue Methodist Church and then at St. Paul’s Episcopal Church in Alton, IL. After retirement in 1998 Wayne re-discovered his attraction to Clarksville, MO, rented a building and B. T. Dove Antiques was born. His continuing investments in the town were made with the hope that some part of life here would be better because of the care and service of Jo Anne and Wayne Smiley. His passion for life caused him to travel, at a moment’s notice, far and wide and his love of music and interest in the organ instrument caused him to find and play every organ along the way. He introduced many people to the beauty, power and grandeur of the Mighty Organ and its’ music. He was an animal lover evidenced by his constant companion Sunny, a Sun Conure Parrot and Miss Callie, a charming Calico Cat and his kind attention to all animals. Wayne was a story teller with a stellar memory. He loved people and easily made them comfortable while in his presence and privileged to have known him. Wayne often assisted musical performances throughout St. Louis including accompanying his wife’s Ladue School Choral groups. He traveled with the students across the country and abroad, and together husband and wife mentored many young people. He was a terrific husband with his supportive hand firmly on his wife’s back during all times, the good and the difficult. Memorial services will be held at 1:00 P.M. on Saturday, October 1, 2016 at the St. Joseph Catholic Church in Louisiana, MO. Visitation will be held from 4:00 P.M. until 8:00 P.M. on Friday, September 30, 2016 at the St. Joseph Catholic Church in Louisiana, MO. In lieu of flower, donations can be made to the SOS Project (Save our Stained Glass Windows) at the Clarksville United Methodist Church, P.O. Box 466, Clarksville, MO 63336.

The family of Wayne Maurice Smiley created this Life Tributes page to make it easy to share your memories.

Send flowers to the Smiley family.