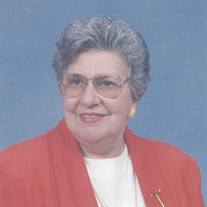 Mrs. Tina Boehlein, 88, of Louisiana, Missouri passed away Monday, January 30, 2017 at her home in Louisiana. Funeral services will be held at Noon, Friday, February 3rd at Collier Funeral Home in Louisiana. Father Lou Dorn will officiate. Visitation will be held from 10:00 a.m. until time of service at Noon, Friday at the funeral home. Burial will be in the St. Joseph Catholic Cemetery in Louisiana. She was born January 22, 1929 in Bronte, Sicily the daughter of Salvatore and Josephine Bruno. She married Richard James Boehlein, Sr. in 1955. He preceded her in death in October of 1990. She is survived by two sons; David James Boehlein and Richard James Boehlein, Jr. (Christine) all of Louisiana, M0., one daughter; Josephine Elizabeth Boehlein of O’Fallon, MO.; two grandsons; Matthew Boehlein and Jared Wilson both of Louisiana, M0., one granddaughter; Savannah Boehlein of Louisiana, M0, two great-grandsons and one great –granddaughter. She had been employed at Louisiana Plastics as a Machine Operator for over 22 years before retiring. She was a member of the St. Joseph Catholic Church in Louisiana, M0. She was a kind and loving person who would help anyone in need. She loved spending time with her grandchildren and family. Pallbearers are; Matthew Boehlein, Jared Wilson, David Boehlein, Richard Boehlein, Tim Robinson and Gus Burse.

The family of Tina Boehlein created this Life Tributes page to make it easy to share your memories.

Send flowers to the Boehlein family.