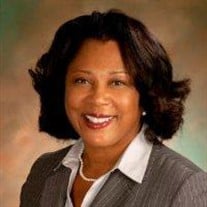 Mrs. Sharon Lee Wheeler Piper-Diggs, 63 of Santa Rosa, California departed this life November 9,, 2015 with her husband Gerald by her side. Funeral services will be held at Noon November 21, 2015 at the Collier Funeral Home in Louisiana, Mo. The Rev. Charlie Wright and Rev. Debby Thorton will officiate. Visitation will be held from 10:00 a. m. until time of service at noon on Saturday, November 21st at the funeral home. Burial will be in the Greenwood Cemetery in Clarksville, M0. She was born February 17, 1952 to Edward L. Wheeler, Sr. and Maymie Yates Wheeler of Clarksville, Missouri. She is survived by her husband, Gerald Diggs, one daughter; Ashley Piper of Santa Rosa, CA., one son; Alex Diggs all of Santa Rosa, CA., mother; Maymie Yates Wheeler of Clarksville, Missouri, two brothers; Edward Wheeler, Jr. and wife (Melissa0 of Eolia, Missouri and Gary Wheeler and wife (Betsy) of St. Louis, M0.and host of nieces, nephews, cousins, family and special friends. She was preceded in death by her father, Edward L. Wheeler, Sr. and a sister; Carol Ann Wheeler Bryant. She was a member of St. John Missionary Baptist Church; Rev. John Mitchell, Sr., Pastor of Kinloch, M0. She was also baptized and received the Holy Spirit at True Gospel Miracle Church. Sharon was known as a coach, friend, mentor, and confidant for many within the Medical Devices community for the past 15 years. Sharon’s career as a Human Resources professional started in Talent Acquisition at Guidant/Boston Scientific Corporation and for the past 8 years was an outstanding leader within Medtronic Corporation. She most recently was a Sr. Director for Diversity and Inclusion supporting thousands of employees within the cardiovascular division of the company. Sharon received many awards and recognition throughout her career. Some of those awards were being recognized in the Heart and Soul Magazine for “Women of the Substance in Healthcare and California’s Diversity Council’s “2013 Multicultural Leadership Award”. Sharon’s primary devotion was giving her family the sincerest opportunity to explore any and every endeavor that would provide her family with the best quality of life. She was also an advocate for woman with her continuous support and leadership within the YWCA and the American Heart Association. Sharon had a natural ability of helping anyone become the best person that they could be. Her passion involved making diversity and inclusion a part of everyone’s culture. She loved being able to make teams better, people better, and watch them flourish. “Diversity is an opportunity to be had, not a problem to be solved.” -Sharon Piper-Diggs In memory of Sharon: 1. Live Sharon’s legacy by mentoring as many people as you can. This was Sharon’s mission in life was to help other’s with her wisdom and knowledge. 2. Bethel AME Church in care of George Yates, P O Box 156, Clarksville, M0 63336 3. Alex Diggs College Fund- Mail Check to: 3651 Crown Hill Dr. Santa Rosa, CA 95404 Honorary pallbearers are; Richie Bryant, Ronnie Redd, Mike Yates and Johnny Bryant. Active pallbearers are; Calvin Diggs, Michael Bradley, Douglas Marsh, Rick Smith, Ledrick Wilson and Aaron Carr

Mrs. Sharon Lee Wheeler Piper-Diggs, 63 of Santa Rosa, California departed this life November 9,, 2015 with her husband Gerald by her side. Funeral services will be held at Noon November 21, 2015 at the Collier Funeral Home in Louisiana, Mo.... View Obituary & Service Information

The family of Sharon Lee Wheeler Piper-Diggs created this Life Tributes page to make it easy to share your memories.

Send flowers to the Piper-Diggs family.