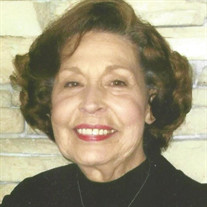 Mrs. Sarah Jane Branstetter, 87, of Louisiana, Missouri passed away Monday, February 6, 2017 at Lynn’s Heritage House in Louisiana. Funeral services will be held at 10:30 a.m. Friday, February 10, 2017 at the Collier Funeral Home in Louisiana. The Rev. Jimmy Spear will officiate. Visitation will be held from 9:00 a.m. until time of service at 10:30 a.m. Friday at the funeral home. Burial will be in the Jordan-Buffalo Cemetery. She was born December 6, 1929 in Louisiana, Missouri the daughter of Homer Earl Reed and Nina Edwards Reed. She married Duey “Dude” Branstetter June 6, 1956 in Piedmont, Missouri and he survives. Other survivors include; one daughter, Debbie Branstetter Hunter and husband, Dr. David “Rob” Hunter, a granddaughter, Lauren Frances Hunter all of Fulton, Missouri, one brother, John Allen Reed (Mary) of Eolia, Missouri and nieces and nephews. She was preceded in death by her parents, Earl and Nina Edwards Reed, two brothers, Homer “Bud” Reed and Kenneth Reed and one sister who died at a young age. Sarah Jane graduated from the Louisiana High School in 1947. She attended Christian College for two years then transferred to The University Of Missouri where she earned her Master’s Degree in Music Education. She began her career in Teaching at Troy, Missouri where she taught Music from 1951 to 1956. She later taught at BONCL for a couple of years before teaching in the Louisiana School System until she retired in 1990. She was a member of the First Christian Church in Louisiana. Pallbearers will be Galen Johnson, Carroll Schnitzer, Ed Pennington, John Murray, Denny Deweese, and Mark Shade. Memorials may be given to the First Christian Church in care of Collier Funeral Homes, Inc., 117 Barnard Dr., Louisiana, MO 63353.

The family of Sarah Jane Branstetter created this Life Tributes page to make it easy to share your memories.

Send flowers to the Branstetter family.