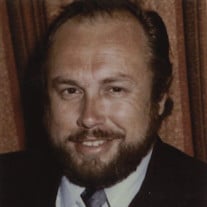 Roger Louis Sperry, 77, formerly of Louisiana, MO passed away on Tuesday, December 14, 2021 at the Veteran’s Home in Mexico, MO. Cremation arrangements are under the direction of Collier Funeral Home. A memorial service will be held at a later date. Roger was born on July 21, 1944 in Washington, MO to Louis and Esther Sperry. He was their second child and first-born son. Roger grew up in Clarksville where by his teenage years he earned a reputation for being a hard worker and full of mischief. He attended and graduated from Clopton High School in 1962, and enlisted in the US Navy in 1963. On September 10, 1966, he married Donna Setzer of Annada and made their home in Louisiana, MO where they were blessed with their only child, Joseph Ray. Roger both worked and played hard, oftentimes holding down two or more jobs to provide for his family. In his “spare” time, he built cars for racing and drove #31 on quarter mile dirt tracks where he was a local favorite from 1970 to 1972. In 1972, he started his own business, Sperry Decorating, which he ran successfully for five years. During these years, Roger was an active member of the Jaycees, played several seasons of slow pitch softball, and enjoyed weekends boating on the Mississippi River with his family and friends. In 1977, Roger and family moved to San Jose, CA where Roger became a Facilities Manager for Hewlett Packard (HP). He was highly regarded and well-loved by his employees. After 22 years with HP, Roger retired at the age of 54. While living in CA, he enjoyed boating, fishing, camping, spending time at their Sierra Mountain home, square dancing, and flipping houses. He was always happiest when busy. Roger and Donna relocated in 1999 to Rogers, Arkansas where they built a home on Beaver Lake. There, Roger enjoyed feeding the deer and other wildlife, and it was here that he acquired his nickname of “the Deer Whisperer”. As always, he enjoyed fishing, boating, and swimming. Every fall, they spent their days traveling across the United States in their motorhome before settling in Apache Junction, Arizona for the winter. As years passed, they found themselves spending more and more time in the Louisiana and Clarksville area. In 2006, he and Donna decided to move back home to Missouri. They purchased a house in Paris Hills where Roger spent the next ten years reconnecting with family and lifelong friends over morning coffee, car shows, community events, and grandchildren. On occasion, he would paint a house “just to keep in practice”. In 2016, they downsized to a smaller home in Bowling Green. Roger was preceded in death by his parents, Louis and Esther Sperry; his Stepmother, Maureen Sperry; his Father and Mother-in-law, Ray and Melba Setzer; and one brother-in-law, Steve Berry. Survivors include his wife of 55 years, Donna (Setzer) Sperry; his son, Joe and wife Angela, and three grandsons: Luke, Cody, and Maverick, all of Campbell, CA. He is also survived by three siblings: sister, Sandra of Lawrenceville, GA; brother, Ronnie and wife Terry of Louisiana, MO; and brother, Jim and wife Rita of Bowling Green, MO. Also surviving are brothers and sisters-in-law: Joann Berry, Jim and Glenna Setzer, David and Linda Setzer, Angela and Rocky Brown, Tammy Denton, Kevin and Tonya Setzer, Carla Setzer and Richard Vargas; as well as numerous nieces and nephews. Online condolences may be shared at www.collierfuneral.com. Memorial contributions may be made to the Alzheimer’s Association or the Clopton Alumni Association in care of Collier Funeral Home, 117 Barnard Drive, Louisiana, MO 63353. Any who knew Roger would agree that beneath a gruff exterior, he was a kind man with a big heart who genuinely cared about the people in his life. He will be sorely missed by all.

Roger Louis Sperry, 77, formerly of Louisiana, MO passed away on Tuesday, December 14, 2021 at the Veteran&#8217;s Home in Mexico, MO. Cremation arrangements are under the direction of Collier Funeral Home. A memorial service will be held at... View Obituary & Service Information

The family of Roger Louis Sperry created this Life Tributes page to make it easy to share your memories.

Send flowers to the Sperry family.