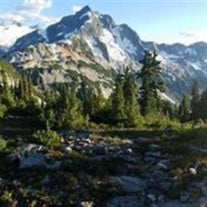 Mr. Roy “RT” White, 86, of Bowling Green, MO, formerly of Louisiana, MO, passed away on Saturday, December 19, 2020 at his home surrounded by his family. His wishes were to be cremated and a Celebration of Life will be held from 4:00 P.M. until 8:00 P.M. on Friday, April 16, 2021 at the Fat Boy's Diner near Rockport, IL. RT was born on November 21, 1934 in Louisiana, MO to Charles “Buss” White and Jessie Francis Morton White. He is survived by his sons, Ryan White, Remington White, and Roger White, daughters, Mari Jon and Roberta Stacy White Shade, 8 grandchildren, 4 great grandchildren, and numerous friends. He was preceded in death by his parents, Buss and Jessie White, a brother, Billy Guy White, and a sister, Roberta White Kilby. RT was raised in Louisiana, MO and was of Christian faith. Over the years he was able to do so many things and touch and influence so many lives with his wisdom and knowledge. His many accomplishments while working included RT White and sons Excavating in which he had built a large portion of local lakes, ponds, and levees here in Pike County. He was employed with Hughes Aviation as a Fuel Supervisor and was an amateur pilot having 3 of his own planes. He Spent years of work with the Department of Interior and Corps of Engineers and was one who encouraged the Dept. of Engineers of getting involved with “The Big Bottoms” now known as Ted Shanks. He worked with Winchester to build 2 of their rifle designs, one being the Louisiana Centennial Jubilee rifle of which only 500 were made. He was an avid outdoorsman, enjoyed mushroom hunting, was in minor league baseball with so many those years spent with the late great, Charlie Rule, was an active Shriner for many years, a traveler of the west and had historic family roots in Encampment, Wyoming, and an avid bowler (Nelson Burton, a famous bowler, was one of his close friends). He will be remembered as a loving father, father in-law, grandfather, great grandfather, and a dear friend. Collier Funeral Home in Louisiana, MO in charge of arrangements.

Mr. Roy &#8220;RT&#8221; White, 86, of Bowling Green, MO, formerly of Louisiana, MO, passed away on Saturday, December 19, 2020 at his home surrounded by his family. His wishes were to be cremated and a Celebration of Life will be held from... View Obituary & Service Information

The family of R. T. White created this Life Tributes page to make it easy to share your memories.

Send flowers to the White family.