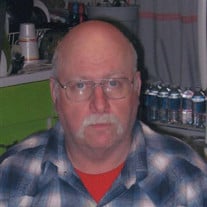 Mr. Joseph “J.D.” Hutson, 71, of Louisiana, MO, passed away on Saturday, April 18, 2020 at his home in Louisiana, MO. Cremation rites will be provided by Collier Funeral Home in Louisiana, MO. He was born on December 21, 1948, in St. Louis, MO to Charles Hutson and Elizabeth Hoffman Hutson. He was married to Janet Kay Johnson on May 4, 1991 in Louisiana, MO and she survives. He is also survived by his siblings, Judy Benjamin (Steve), Jack Hutson (Maureen), Joan Hutson, and sister in-law, Jo Skidmore (Bob), nieces, Natalie, Meredith, and Caroline Skidmore, and his parents in-law, Ed and Joanna Johnson. He was preceded in death by his father, Charles Hutson, and his mother and step-father, Elizabeth and Raymond Haug. J.D. was a member of the IBEW Local 1 and worked as an electrician for 32 years until retiring. He enjoyed collecting tools and antiquing, reading, riding his tractor, and spending time with his family. Memorials can be made to the Arthritis Foundation in care of the funeral home.

The family of Joseph "J.D." Hutson created this Life Tributes page to make it easy to share your memories.

Send flowers to the Hutson family.