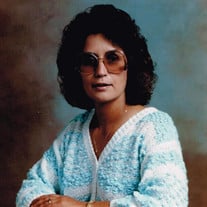 Jeanette F. Stein, 70, of Louisiana, MO, died Friday, February 15, 2019, at her home. Memorial services will be held at 12:00 P.M. on Thursday, February 21, 2019 at the Collier Funeral Home in Louisiana, MO. Visitation will be held from 10:00 A.M. until time of service Thursday at the funeral home. Jeanette was born August 30, 1948 in St. Louis, MO, the oldest daughter of Francis and Rosemary Rizzo Tintera. After attending St. Marks Catholic High School, she married Arthur Stein and they had two children, Tony and Stefanie. In 1976, the family was living in Florissant when a prospective neighbor knocked, asking for information about the house for sale next door. Thus, began a long collaboration with the Scott Thiel family. Scott and Jeanette opened a long-time dream of hers, a pet store. The two families vacationed together and in the mid-1980’s, drawn by Michelle Schallert Thiel, bought property and built residences in Louisiana, Missouri while keeping homes in Florissant. After the birth of Maggie Thiel, Jeanette and Scott built the property into a thriving farm. Jeanette was able to fulfill her lifelong dream of working with horses and other farm animals. She would walk over 300 acres daily, checking her own and neighbors’ cows. Although standing less than 5’ tall, Jeanette worked as hard as any man, building horse stables and pig sties, carrying water and feed, painting roofs and planting trees, and raising Great Pyrenees. Often alone on the farm, she would welcome visitors flanked by the huge dogs. She survived multiple farm accidents, some serious such as being run over by a tractor, and some humorous such as riding a pig backwards. She was proud of being the first patient of the Hannibal Free Clinic when her leg was broken. Jeanette was also proud of her children, Tony and Stefanie, Stefanie’s children, and her “other daughter”, Maggie Thiel. Local residents would see her at every band concert, education ceremony, and sports event cheering Maggie on. A committed bird-watcher, Jeanette said that she sat in her kitchen sink for hours watching birds through the window and using binoculars to help identify them. She loved collecting stones, building paths with them in Stefanie’s Garden which she designed after her daughter’s death. She was talented at creating floral arrangements and decorating. Jeanette had a strong faith from her Roman Catholic training. At heart, she was warm, funny, devoted, and full of maternal spirit, making friends in all places. In 2007 Jeanette was diagnosed with idiopathic pulmonary fibrosis (IPF), a little-known lung disease, and given five years at the most. Determined not to be stopped, she was still well enough in 2015 to begin a series of “old age” surgeries – knee replacements, cataracts, etc. She celebrated her 70th birthday in 2018. Jeanette is survived by her son, Tony Stein, O’Fallon; grandchildren, Brandon (Sydney) Williams; Rachel Williams (great-grandson, Broly Lucas); Adam (Andrea Robin) Williams; sisters, Tammy Chastain, Fenton, Sandra (Bob) Crail, Florissant, Nanette Viehman, St. Louis, and Michele (Shane) Foulkes, Imperial; her “other daughter” Maggie (Myles) Neff, and grandchildren Kyndell and Roselyn Neff, Louisiana; numerous nieces and nephews; and longtime friend, Scott Thiel. She was pre-deceased by her daughter Stefanie Williams, her parents, two brothers Frank and Michael, and her husband. In lieu of flowers, the family asks that contributions in her name be made to the American Lung Association or a no-kill animal shelter of your choice.

The family of Jeanette F. Stein created this Life Tributes page to make it easy to share your memories.

Send flowers to the Stein family.