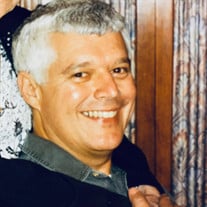 Jay Smith Thomas III was born in Pittsfield, Ill. on May 11, 1948. The son of Jay II and Martha Thomas, he shared his childhood with his older sister Jan and younger sisters Ann and Joy in Louisiana, MO. Jay passed away peacefully in his home on May 18, 2019, with his loving wife of 46 years, Debbie, by his side. Jay is survived by his wife Deborah Thomas of Louisiana; sisters Jan Thomas (Cameron) of Murfreesboro, IL.; Ann Narramore of Louisiana; and Joy Cleaver (Philip) Edmond, OK.; children Jay Thomas IV (Irma), Louisiana; Molly McDaniels (Ryan), of Jefferson City, MO.; and Rachel Moses (John), of Liberty, MO. He is also survived by eight grandchildren: Karyme, Grace, Isabella, Natalie, William, Matthew, Andrew, and Mia; and five nieces and five nephews. He graduated from Louisiana High School in 1966 and earned a bachelor’s degree from William Jewell College in Liberty in 1970, where he was active in the Kappa Alpha Fraternity. Jay married Deborah J. Jones on July 29, 1972, in Liberty, and they settled in Louisiana to raise their three children. He joined Thomas Insurance, the family business founded in 1955 by his parents. He was also a licensed real estate broker and took great pride in the business, and valued the relationships he formed over the years. He will be remembered by the many whose lives he touched as a gentle man with a huge heart to match his smile. He found deep personal fulfillment in helping others and seeing them succeed. He exhibited these qualities as a businessman, affectionate father and father-in-law, grandfather, uncle, loving husband, and friend. He had a spirit of spontaneity and a good sense of humor. He enjoyed coaching little league baseball for his children’s teams. He was an avid reader. He enjoyed boating on the Mississippi River, seeking adventure, and the thrill of white-water rafting. Jay enjoyed selling insurance alongside his father and mother, as well as buying and selling real estate and managing rental properties. He had a passion for restoring homes, and was a founding member of the Louisiana Historic Preservation Association. He was also a member of the Centenary United Methodist Church in Louisiana. In his later years, Jay took a special interest in the Hispanic community, teaching himself Spanish and assisting local immigrants to connect and thrive in the community. Jay never knew a stranger, and the hallmarks of his life were generosity, kindness, and selflessness. Jay is preceded in death by his parents Jay Smith Thomas II and Martha Atwood Thomas of Louisiana; brother-in-law Jerry Jo Narramore of Louisiana, and mother- in-law Donna Jones of Jefferson City, MO. Visitation will be held on Saturday, June 8, 2019, from 11:00 a.m. - 2:00 p.m. at the Centenary United Methodist Church in Louisiana. A memorial service will immediately follow. Expressions of sympathy may be made to the Louisiana Historic Preservation Association or Centenary United Methodist Church of Louisiana.

Jay Smith Thomas III was born in Pittsfield, Ill. on May 11, 1948. The son of Jay II and Martha Thomas, he shared his childhood with his older sister Jan and younger sisters Ann and Joy in Louisiana, MO. Jay passed away peacefully in his home... View Obituary & Service Information

The family of Jay Smith Thomas III created this Life Tributes page to make it easy to share your memories.

Send flowers to the Thomas family.