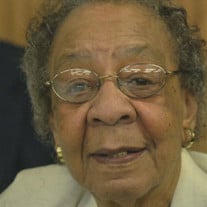 Mrs. Ida E. Scott, 84, of Paynesville, MO, passed away on Thursday, March 21, 2019 at the Maple Grove Lodge Nursing Home in Louisiana, MO. Funeral services will be held at 1:00 P.M. on Tuesday, March 26, 2019 at the Collier Funeral Home in Louisiana, MO. Burial will be at the Greenwood Cemetery in Clarksville, MO. Visitation will be held from 11:00 A.M. until 1:00 P.M. on Tuesday, March 26th at the funeral home. She was born on May 3, 1934 in Paynesville, MO to Milton Hammuck and Cora Lee Dixon Hammuck. She was married to Lewis Richard Scott on February 5, 1955 in Clarksville, MO and he preceded her in death in 1974. She is survived by a grandson, Cortez McDonald of Paynesville, MO, a sister in-law, Diane Hammuck of Springfield, IL, and a host of cousins and friends. She was preceded in death by her husband, Lewis Richard Scott in 1974, a daughter, Carrie Lanon on November 24, 2015, and a brother, Chersey Hammuck. Ida was a lifelong resident of Paynesville, MO. She had worked as a seamstress for the Kamp Toggs garment factory in Clarksville and the Bobbing Along factory in Elsberry, MO for many years. She was a member of the Bethel AME Church in Paynesville, MO, a member of the VFW Post 4610 Auxiliary in Clarksville, MO, and she enjoyed going to yards sales. She will be remembered as a loving mother and grandmother and will be missed by her family and friends. Memorials may be made to the Donor’s Choice in care of the funeral home.

The family of Ida E. Scott created this Life Tributes page to make it easy to share your memories.

Send flowers to the Scott family.