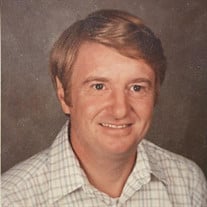 George Shrum, of Louisiana, MO, died November 13, 2021. George is survived by wife Mary (Fiske), children George and wife Kara, Jonathan and wife Kelly, Homer and wife Kelly and grandchildren Anna, Cooper, Quinn, Emma and Calvin. He is proceeded in death by his parents Homer and Margery (Darst) and brother William. George was born in Hannibal, MO on November 19, 1943 to Homer and Margery (Darst) Shrum. After graduating from Hannibal High School, he attended a variety of universities before enlisting in the U.S. Navy. These were Hannibal Lagrange College, North East Missouri State, University of Memphis and Central Missouri State where he met his future wife Mary Fiske from Canaan, NH. Before completing his education, George enlisted in the U.S. Navy. He attended basic training at Naval Station Great Lakes and participated in the July 8, 1967 Salute to the Flag at Soldier Field. Upon graduation from basic training, he was appointed to the rate of Aviation Maintenance Administrationman Second Class. He was stationed in Virginia Beach and Brunswick, ME, with deployments in Bermuda and the Azores, all while never stepping foot on a ship. He was discharged from the service on June 18, 1973 - Petty Officer Second Class. George and Mary were married June 29, 1968 while he was enlisted in the Navy. After he was discharged from the Navy, he completed his education at Central Missouri State with a Bachelors in Education. In 1973 George started teaching 7th and 8th grade Social Studies in Louisiana Middle School. It was then his greatest impact could be felt. Countless students passed through his classroom door, including his own three sons. To George there were no bad students, all of them had the ability to succeed, and it was up to him to help bring that ability out in them. For him education went hand in hand with enjoyment, not anxiety. Through his lessons he taught students how to make the world a better place, not just for themselves, but for everyone around them. Teaching the importance of not just passing through life, but to pay attention to everything around them. Pay attention to not just your love ones, but see people who may be struggling and need a helping hand. That kind gesture may go a long way in making someone feel significant and worthwhile. Known as Papa to a lot of people, he absolutely loved his family. His grandkids meant everything to him. Mom and dad were never at home as they traveled the state, never missing games or events wearing out I-70 between KC and St Louis. He was an unbelievable role model and a true friend to whoever had the opportunity to know him. Visitation will be held from 2:00 P.M. until 4:00 P.M. on Saturday, November 20, 2021 at the Collier Funeral Home in Louisiana, MO. In Lieu of flowers, memorials may be made to Donor’s choice in care of the funeral home.

The family of George D. Shrum created this Life Tributes page to make it easy to share your memories.

Send flowers to the Shrum family.