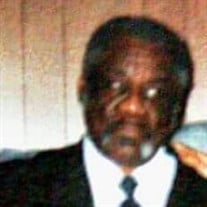 Mr. Delbert W. Parsons, 84, of Louisiana, Missouri passed away on March 19, 2021 Barnes Hospital St. Peters in St. Peters, Missouri. His wishes were to be cremated. A graveside service to bury his ashes will be held at 1:00 P.M. on Thursday, Jul. 1, 2021 at the Riverview Cemetery, MO. A celebration of life will be held at a later date. Delbert was born January 8, 1937 in Clarksville, Missouri to Eva June McPike and Everett Parsons. He attended Lincoln School in Louisiana, MO. He was raised by his Aunt Tressie McPike and her husband Edgar Bryant. At the age of 16, he relocated to Springfield, IL to be with his mother and older brother Richard. He returned to Louisiana around the age of 18 and took a job working for Abel’s gas station a few years later he took a job working for Starman’s body shop. He attended auto body school in Iowa along with several others one of which was Rick Henry. A few years later he went to work for Rick Henry’s body shop where he repaired cars and drove the wrecker on weekends. He worked there until he retired. Delbert also became the first African American police officer in Pike County Missouri. He was a longstanding NAACP member and was active in many city of Louisiana Committees. He was a member of the Louisiana American Legion. He enjoyed playing baseball and years later when he could no longer play, he became a referee. He loved fishing, watching baseball games, blues music, westerns, reading history books, and studying his family history. His greatest past-time was the weekly card games he attended with his buddies and family in Louisiana and Bowling Green. He married Margaret (Maggie Belle) Pearl in 1955 and to that union had three girls and one son. He was a mentor to many young people who lovingly called him Uncle Delbert or Uncle Moe. He is preceded in death by his parents: Eva June Parsons and Everett Parsons, his brother Richard Parsons, a sister Ruby Farris Clayborne, his daughter Marsha Parsons, son Delbert Parsons Jr., and a close cousin Earl Wayne Salmon, Sr. Delbert is survived by his children: Johnny Jones (Alabama), Debra Parsons (Tulsa, OK), Wanda Parsons (Tulsa, OK), Keith Mabon (Nebraska), and Ivy Wilson (St. Peters, MO) along with ten grandchildren, and one great-grandchild, as well as close family members (Kate Turner, Pat Conway, Liz Hall, Art McPike, Bill McPike, Joyce Bell, and Kenny Pearl), and a host of nieces, nephews, cousins, and friends, and in-laws. Collier Funeral Home in Louisiana, MO was in charge of the arrangements.

Mr. Delbert W. Parsons, 84, of Louisiana, Missouri passed away on March 19, 2021 Barnes Hospital St. Peters in St. Peters, Missouri. His wishes were to be cremated. A graveside service to bury his ashes will be held at 1:00 P.M. on Thursday,... View Obituary & Service Information

The family of Delbert W. Parsons created this Life Tributes page to make it easy to share your memories.

Send flowers to the Parsons family.