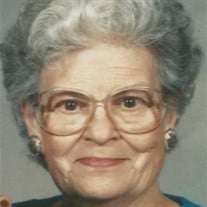 Mrs. Betty Artus, 94, of Louisiana, Missouri died Wednesday, December 23, 2015 at Lynn’s Heritage House in Louisiana. Funeral services will be held at 2:00 p.m. on Thursday, December 31st at Collier Funeral Home in Louisiana with The Rev. Art Moore officiating. Burial will be at the Riverview Cemetery in Louisiana, Missouri. Visitation will be held from Noon until time of service at 2:00 p.m. Thursday at the funeral home. Betty was born on September 30, 1921 in Storm Lake, Iowa to Leonard and Bessie Goodman Halberg. On July 14, 1946 she married August (Gus) Artus at Drake University Chapel, Des Moines, Iowa. She was preceded in death by her husband August, parents and sister, Leona Carver and brother in-law, Del Carver. Survivors include one son, Michael Artus of Hannibal, Missouri, a daughter, Barbara Branham (Gary) of Louisiana, Missouri, Grandson, Mark Smith of California, Granddaughter, Kelly Akers (Jim) of Louisiana, M0, Nephew, David Carver of St. Charles, M0 and Great Grandsons; C.R. Akers and Alexander Smith. Betty graduated from the University of Missouri, Columbia with a Bachelor of Science in Home Economics. She taught Home Economics in both South Texas and Eminence, MO before moving to Louisiana. She taught for several years in Louisiana before accepting a position with the University of Missouri Extension Office in Bowling Green, M0. She specialized in Child and Family Development. After retiring, she and Gus spent time with family and enjoyed gardening and travel. They spent many winters in Southern Texas enjoying Coastal Fishing, traveled to Australia, Alaska and the East Coast. Betty was a member of the Centenary United Methodist Church in Louisiana. Memorials may be given to St. Jude’s Children Hospital in care of Collier Funeral Homes, Inc., 117 Barnard Drive, Louisiana, M0 63353

The family of Betty Artus created this Life Tributes page to make it easy to share your memories.

Send flowers to the Artus family.