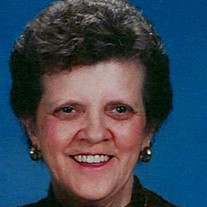 Mrs. Bertha “Bert” Lenz, 83, passed away on November 22, 2015 at her home in Louisiana, Missouri. Memorial services will be held at 3:00 P.M. on Saturday, December 5, 2015 at the Collier Funeral Home in Louisiana. Father Lou Dorn will officiate. Burial will be at the St. Joseph Catholic Cemetery. Visitation will be held from 12:00 P.M. until time of service at 3:00 P.M. Saturday at the funeral home. She was born on October 20, 1932 in Ruthven, Iowa, the daughter of Andrew and Rene Hanson. She married Gerald “Gary” Lenz on September 4, 1954. He preceded her in death in February 2013. They moved to Centralia, Missouri in 1956 where among other occupations they managed a Bowl-A-Way Lanes for 10 years. They moved to Louisiana, Missouri in 1974 to work at Twin City Bowl, which they owned and managed together for over 35 years until their retirement. Bert and Gary were inducted into the Northeast Missouri United States Bowling Congress Hall of Fame on November 7, 2015. Bert is survived by their five children, Michael Lenz (Tracy), Diana Guthrie (Juan Huckstep), Linda Holtsman (David Swenson), and Cathy Stoops (Don Richards) all of Louisiana, Missouri, and Dale Lenz (Kelly) of Houston, Texas, along with 17 grandchildren and 12 great grandchildren. Her mother, Rena Hanson, 106, or Ruthven, Iowa, brothers Glenn Hanson (Marsha) of Harvard, Illinois, Murray Hanson of Redlands, California, sisters, Beverly Hermann of Ruthven, Iowa, and Eileen Jaeobowski of Papron, Illinois. Her father Andy preceded her in death along with 2 sisters, Marlene Anderson and Marge Schnell. Bert was a member of St. Joseph Catholic Church. In her spare time, Bert enjoyed bowling, painting, crocheting, shopping, swimming, and spending time with her children and grandchildren. Memorials may be made to the Louisiana Khory League or Lenz Family Youth Bowling Scholarship in care of Collier Funeral Homes, Inc., 117 Barnard Drive, Louisiana, Missouri 63353.

The family of Bertha "Bert" Lenz created this Life Tributes page to make it easy to share your memories.

Send flowers to the Lenz family.