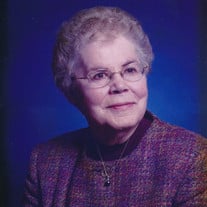 Aloma Neumann Turley, of Louisiana, Missouri passed away November 20, 2018, at the Villages of St. Peters Memory Care in St. Peters, Missouri. Aloma was born March 4, 1937 on Main Street in Louisiana, where her parents lived and worked in their family-owned restaurant, Shorty’s Café. After the buildings were sold and torn down in the 1980s to make way for the expanded Mercantile Bank parking, there was a solitary tree left on the lot for some time, which Aloma would often joke was left as a memento of her being born on the site. Aloma was preceded in death by her husband, James “Jim” Turley; her parents, G.U. “Shorty” and Hilda Neumann; and her brothers Karl Neumann and Paul “Bud” Neumann. She is survived by her children, Tom Turley (Teresa), Laura Turley Alfeldt (Dan); and grandchildren Trista Turley, Tanner Turley, Ryan Alfeldt and Paige Alfeldt. Aloma attended Louisiana Public Schools, graduating high school in 1955. She graduated from Northeastern Missouri Teacher’s College in Kirksville (now Truman State) in 1958. She married Jim Turley in December 1958. They were married for over 50 years before Jim passed in July 2009. Aloma and Jim spent the early part of their marriage in San Antonio, Texas before moving to St. Louis in the early 1960s. Aloma worked at several businesses in downtown St. Louis during her years there, including Merrill-Lynch and Buick. She also gave birth to her children, Tom and Laura, during this time. In 1970, Aloma and Jim returned to Louisiana with their children. Aloma worked several different jobs after returning to Louisiana, including a brief ownership of the Montgomery Ward catalog store with her husband Jim and at Pike County Memorial Hospital. In 1973, she started with Hercules Incorporated and worked there for 23 years, retiring in 1996. She took all her jobs over the years very seriously. She took particular pride and enjoyment with her career at Hercules where she retired as the Employee Relations Manager. Aloma enjoyed and was very proud of the religious and civic organizations in which she participated. She was a lifelong member of Centenary United Methodist Church in Louisiana and very active until her health declined over the last few years. She was a member and officer of the Business and Professional Women organization. She also served as a board member of the Twin Pikes YMCA board of directors. She was very pleased and happy to see the YMCA’s growth and, although in worsening health, she was able to attend the dedication of their new indoor pool in 2015, a realization she and many others dreamt and worked hard to finish. Aloma was a woman of faith, ability, conviction, and hard work. She will be terribly missed by her family and friends. A visitation will be held at Collier Funeral Home in Louisiana, Friday, November 30th from 4:00 - 8:00 PM. An additional visitation will be held at Centenary United Methodist Church in Louisiana, Saturday, December 1st from 10:00 - 11:00 AM followed by a memorial service at 11:00 AM. Memorials may be made to Centenary United Methodist Church (Louisiana), Twin Pike YMCA (Louisiana), the Alzheimer’s Association of St. Louis, or otherwise at the donor’s choosing.

Aloma Neumann Turley, of Louisiana, Missouri passed away November 20, 2018, at the Villages of St. Peters Memory Care in St. Peters, Missouri. Aloma was born March 4, 1937 on Main Street in Louisiana, where her parents lived and worked in... View Obituary & Service Information

The family of Aloma J. Turley created this Life Tributes page to make it easy to share your memories.

Send flowers to the Turley family.